Some studies suggest that drinking red wine can aid people, especially women, on their weight loss journey. Specifically, the consumption of wine can help turn white fat into brown fat. Brown fat burns more calories and is a healthier fat overall. Having some white fat isn’t a bad thing, but stubborn belly fat is usually the result of excess white fat.

Keep in mind that some studies that indicate wine has health benefits were performed on mice. So the science is in its early stages and unconfirmed in humans. It’s also important to maintain a healthy diet and regular exercise; unfortunately, wine isn’t a miracle cure for love handles.

Which Red Wine is Best for Belly Fat?

Red wines are largely considered healthier than white wines, so you’re already on the right track by choosing one. But the best red wine for belly fat isn’t clear cut. Some people say Pinot Noir is definitely the best because of its high concentration of resveratrol. Resveratrol is a compound found in plants that is said to have a variety of health benefits for humans. 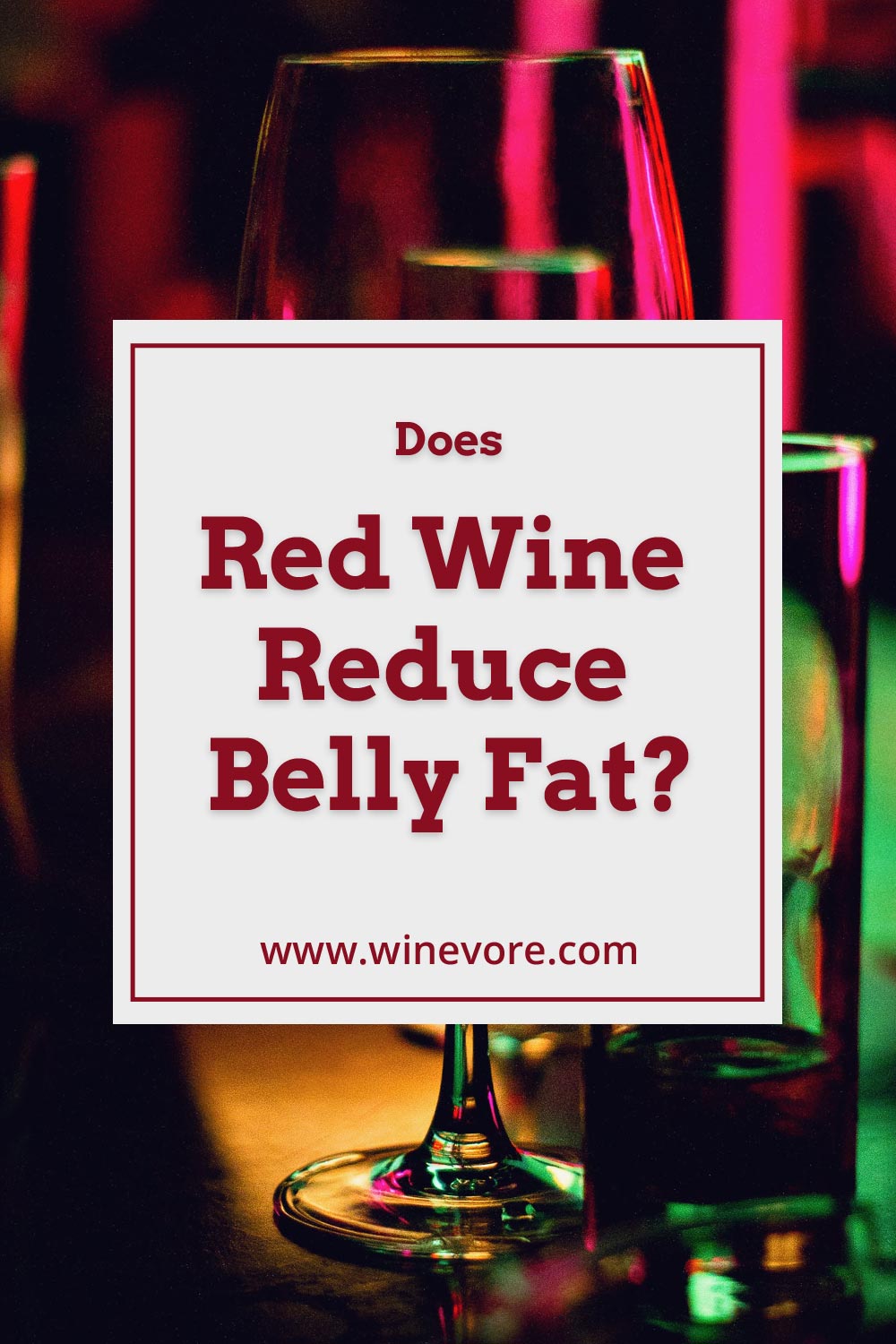 Unfortunately, the science behind these claims is shaky at best. We’re still studying resveratrol, and so far, there’s little conclusive evidence to suggest it’s statistically beneficial for us.

Can You Lose Belly Fat if You Still Drink Red Wine?

In a study of more than 7,000 adults, scientists found that low to moderate consumption of wine didn’t increase the risk of obesity. This was a surprising find because alcohol consumption generally leads to longer meals and increased food intake, likely due to the social factor. On average, most people consume 8 percent or fewer of their daily calories from alcohol.

In addition, there is what scientists call the “French paradox.” This refers to the low rate of heart disease among the French despite a diet high in saturated fats and frequent consumption of alcohol. So yes, it’s more than possible to lose belly fat and not give up red wine. However, we don’t know the extent of wine’s health benefits or even the mechanism behind those benefits. If the French know, they’re not telling.

The key to losing belly fat is moderation. You can still have tacos, candy, and red wine, but overconsumption inevitably leads to more belly fat. In general, a safe amount of alcohol to drink is one drink per day for women and two drinks per day for men. The U.S. standard for one drink is about 14 grams of alcohol, which translates to 5 ounces of a 12% wine.

For context, a 750ml of red wine contains about five standard drinks. The great news is that a standard glass of dry red wine is just a little more than 100 calories, which won’t ruin any diet.

Our understanding of wine’s health benefits is sorely lacking. Quite a few studies suggest that red wine can help reduce belly fat, or at the very least, not lead to a significant increase in weight. Modern nutritional science is still relatively new. So more discoveries and more definite conclusions will be published in medical journals in the coming years.

There’s no reason to worry that it’s contributing to belly fat unless you’re seriously overconsuming and not burning those extra calories. As always, everyone’s body is unique, so follow any recommendations made by your doctor.