At 12.5% to 16% ABV, white Zinfandel has a relatively high alcohol percentage. Despite its confusing name, it’s a rosé or pink wine. It’s traditionally quite dry, but winemakers produced sweet white Zinfandel more often when it began gaining popularity around the 1970s. Very sweet white Zinfandels are an outlier in terms of alcohol content, sometimes having 10% ABV or less.

How Strong Is White Zinfandel Compared To Other Types Of Wine?

White Zinfandel can certainly hold its own against most wines. On the higher end, around 15% to 16%, its competition is primarily fortified wine. Of course, white Zinfandel can also be a port wine with alcohol percentages at 19% or greater. But ABV around 13.5% is most common in the average supermarket. 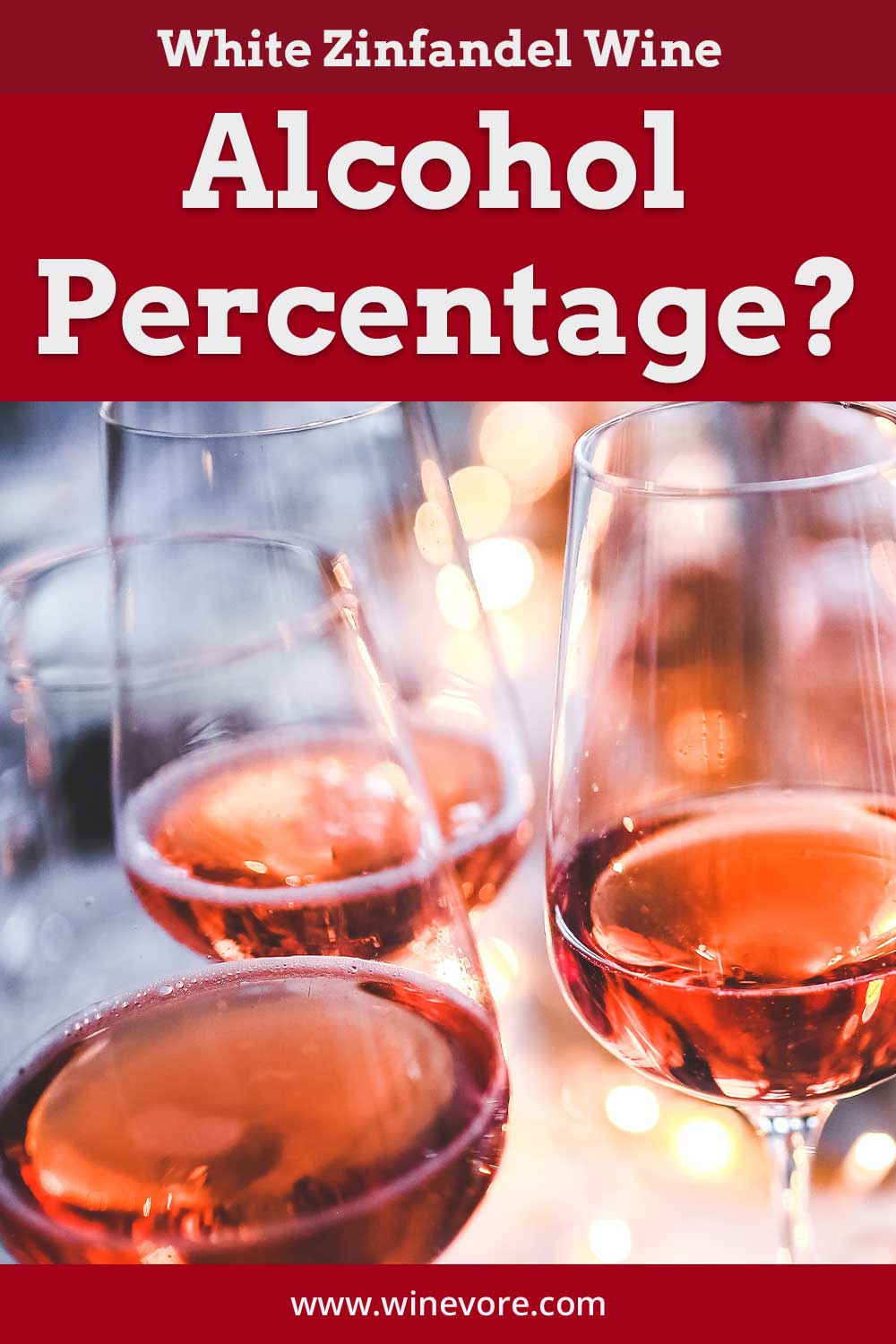 Is The Alcohol Flavor Strong In White Zinfandel?

The alcohol flavor can be strong in White Zinfandel, but it depends on what style you’re drinking. A sweet type with less alcohol content that’s been chilled will taste the least like alcohol. A fuller-bodied White Zinfandel, meaning it has more alcohol, will have a stronger taste but even more so if it is room temperature.

Consider pairing White Zinfandel with roasted vegetables, salads, or fish. It can also go well with heartier meals like lamb and BBQ. For dessert, try anything fruity or cream-based. The right pairing focuses on the more complex flavors in the wine instead of the alcohol.

Can White Zinfandel Get You Drunk?

Remember that everyone’s tolerance is different, and some people get drunker faster than others simply because of their size. Many other factors are involved in how fast someone gets drunk, including whether you’ve eaten and sometimes even what medications you’re taking. As always, practice responsible drinking.

White Zinfandel has a decent alcohol percentage, even when it’s not a port wine. It can get you drunk, but those that taste less like alcohol generally have less alcohol. White Zinfandel pairs well with many dishes, and the right pairing shifts the focus to the flavors and how they complement each other instead of on the flavor of alcohol.