When to Decant Wine?

Decanting wine is a process to use when separating sediments from your wine. Mostly common in older red wines, the art of decanting has been around for decades. Decanting wine is a practice usually done before a meal to prepare the wine for serving. And it can be done multiple times to ensure a sediment-free beverage.

Decant your wine when sediments in the bottle are visible. Ideally, you should leave your wine sitting upright before the decanting process. This is because the sediments will settle at the bottom of the bottle, which makes the process easier. It’s important to note that white wines can also be decanted to separate any sediments and crystals that might form in the wine. Younger wines of wines or wines from supermarkets – the cheap ones – do not need to be decanted. They are manufactured specifically for quick and easy consumption. 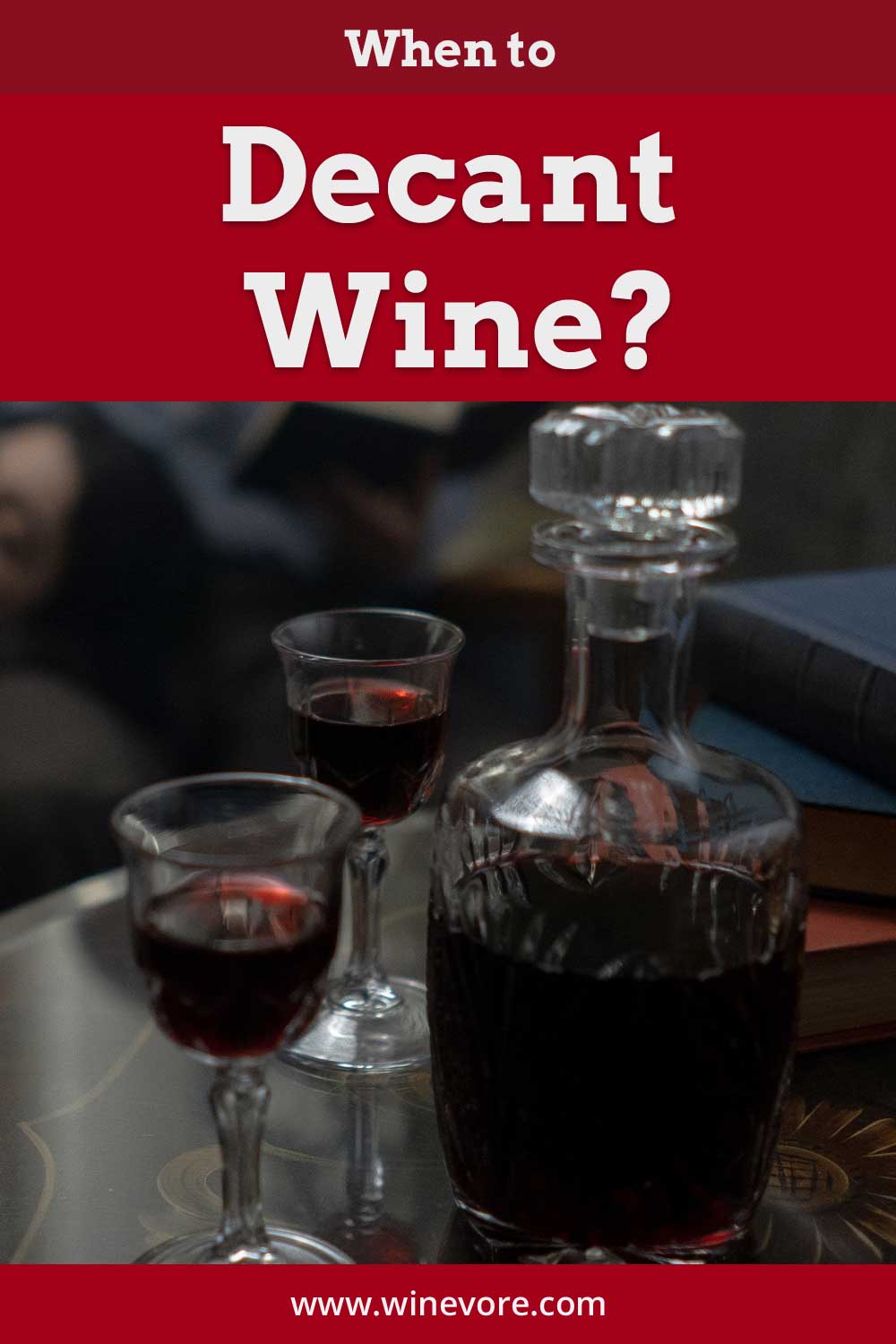 How do you decide when to decant wine?

There are only a few factors to consider when trying to decide if you should decant your favorite wine.

How early is too early to decant wine?

Decanting your wine too early will result in your wine tasting unpleasant. This happens because of rising to warmer temperatures and also being aerating too much. It’s important to decant the wine at least 30 minutes before serving it. This will also help aerate the wine for serving. After pouring the wine, it’s recommended to taste the wine after each hour of being decanted. This way, you can experience the evolution or change of flavors throughout time.

Wine enthusiasts will often begin cooking their meals. Then about halfway through the cooking process, when the meal is just about to be finished and served, the wine is then decanted and ready to join the meal. It is recommended to leave the decanted wine in the wine cooler or your chilling device of choice to hold its notes and flavor.

How to decant wine in a hurry?

Decanting wine is a lengthy process in which the wine is poured into the decanter slowly to ensure no sediments from the bottle fall into the freshly decanted wine. There are kitchen tools on the market you can use called strainers. Placing the strainer over the decanter before pouring your wine in will catch most sediments, separating them from the wine. However, using a strainer might require a double decanting process, depending on the amount and size of the sediments in your bottle of wine.

There is a solution if you’re looking to aerate your wine faster through the decanting process. Before we begin, this solution is controversial, so it’s up to you whether it works for you. Pouring the decanted wine – or any older wine – into a kitchen blender of your choice will aerate the wine faster within seconds! Yes, seconds! Set your blender on high speed for 30 seconds, and then remove any bubbles or froth that might have formed – the wine is ready to be served.

Decant your wine when sediments are visible, and only decant older wines – roughly 5+ years old. White wines are less likely to need to be decanted. Decanting your wine a minimum of 30 minutes before you’d like to serve it, and taste the evolution of the wine over time. Using a strainer to decant your wine will help the process move forward faster, and using a blender will help to aerate your wine faster.