What Happens If You Drink Old Wine?

In most cases, nothing happens if you drink old wine. It probably tastes a little off or flat after a few days to a week in the refrigerator. Alcohol is a preservative, so while the wine deteriorates the longer it’s exposed to oxygen, it’s rare for anything harmful to grow. The same is true for wines you’ve opened and left on the counter. However, its taste and appearance will change more rapidly than a wine stored in the fridge.

Just Drank Some Old Wine? Here Are A Few Things To Consider:

It’s unpleasant. Wine becomes more acidic the longer it sits after opening. All wines contain the bacteria that helped the grapes become wine. Once it’s exposed to oxygen, it can start doing its job again, and it’ll get to work on the sugar and alcohol in the wine. This process ends with a wine vinegar, which isn’t pleasant to drink, and it’s not a vinegar that tastes good enough to use on salads, sandwiches, or in sauces.

It can aggravate existing health issues. Well, if you’re set on drinking old wine, you’ll likely face the same consequences as drinking actual vinegar. It can trigger heartburn and acid reflux. For anyone who already has an issue with stomach ulcers, old wine won’t do you any favors.

In addition to not tasting good anymore, old wine might not have the health benefits wine usually has. We’re still studying what happens to its antioxidants after the wine is bottled. Some research indicates that most antioxidants are destroyed as the wine ages, even if the bottle is unopened. So there might not be much hope of their health benefits if the wine was opened a while ago. 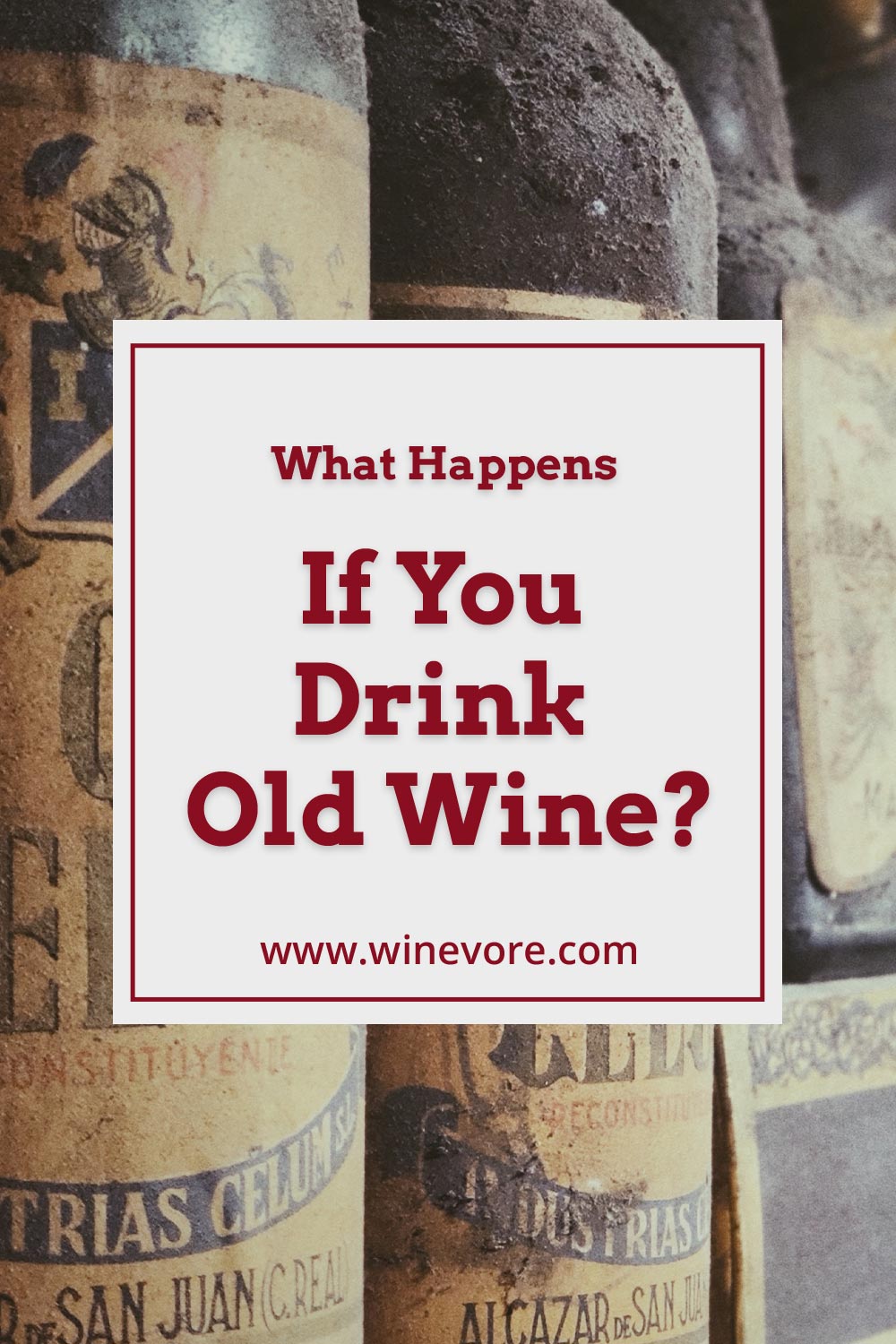 The acidity in old wine probably won’t make you feel great, but the odds of it causing a serious issue are small. However, this is assuming you know that nothing has been added to the wine, either on purpose or accidentally. It’s theoretically possible to introduce bacteria that could cause illness.

Sometimes old wine starts to become fizzy despite not being a sparkling wine. This is usually caused by residual yeast and sugar, and it’s started fermenting again. But it can also be caused by a bacteria that releases carbon dioxide. This process actually raises the pH of the wine, causing it to be less acidic. Neither cause will harm you, but it’s likely a sign that your wine has been hanging out for a while.

Drinking old wine is unlikely to make anyone sick unless a harmful bacteria has been introduced. Of course, the same is true for any food or drink. For example, you can safely eat lettuce that’s wilted and going a bit brown. But if it’s come into contact with harmful bacteria, it’s no longer safe and could even be deadly in rare circumstances. There’s not a good way to tell if old lettuce (or old wine) has bad bacteria without consuming it and playing a waiting game. So if something looks off, smells off, and tastes off… it’s nature telling us we should find a replacement.