Should You Refrigerate Red Wine After Opening?

Yes, red wine should be refrigerated to slow down the chemical processes that make wine go sour. Not only should it be placed in the fridge, but it should also be properly sealed again with the cork or screw top. However, it isn’t necessary to immediately refrigerate red wine unless you’re positive that everyone’s had their fill. Keeping it on ice or just on the dinner table is perfectly fine until guests are gone.

Refrigerating red wine is an important step in preserving the wine’s flavors so you can enjoy them another day. If you’ve lost the cork or cap to the wine bottle, pour the leftover red wine into a mason jar and seal it tightly. You can use other containers too, as long as they have a good seal. Depending on the wine, it can keep in the fridge for up to 1 week, but this boils down to personal preference and how picky your taste buds are. Stale wine isn’t bad for you; it’s like flat soda in that it’s just not all that great anymore and sometimes not worth drinking. 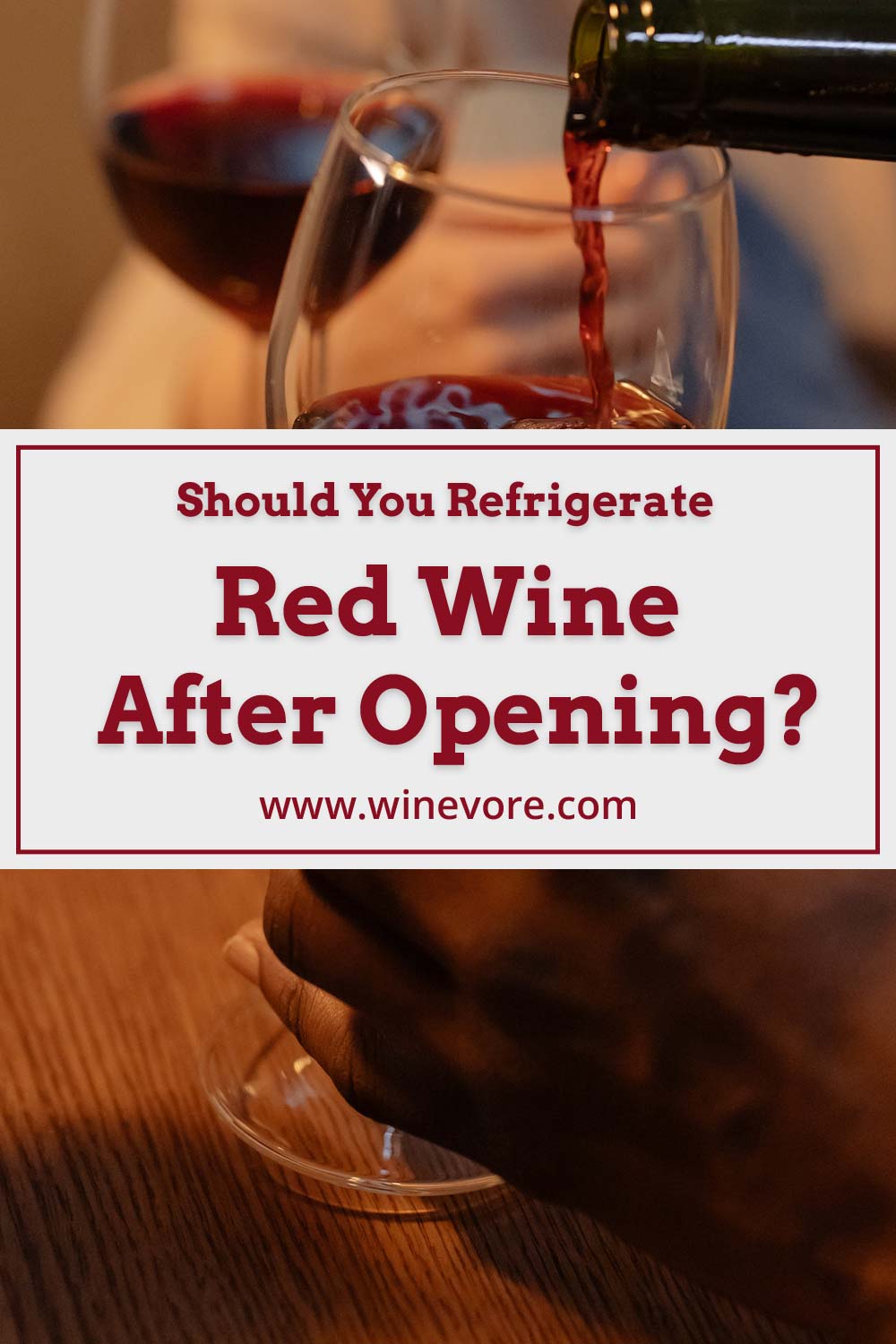 If I Refrigerate Red Wine After Opening, Will It Ruin It?

Red wine is best enjoyed shortly after opening the bottle, but not everyone is ready for more than a glass or two. Refrigerating wine doesn’t ruin it; in fact, the chilly temperature of your fridge can only be beneficial in saving your wine for tomorrow. The only way to potentially ruin wine by placing it in the fridge is to do so without sealing it. Even then, it would still be ruined if you left it on the counter without sealing it. It might also be possible for unsealed wine to pick up flavors from your fridge, just like butter absorbs flavors.

If I Refrigerate Red Wine After Opening, Will It Modify The Flavor?

It isn’t refrigeration that changes the flavor of your wine. Once a bottle of red wine has been opened, the tannins in the wine begin to break down. The same reason we let red wine breathe is the reason it eventually goes sour. The introduction of oxygen starts to break down some of the components in red wine, initially giving it a smoother mouthful but eventually resulting in off-flavors.

The flavor of your red wine will slowly change as it spends more time in the fridge. For short durations of hours or even a day, the flavor will remain about the same with small, sometimes detectable differences.

You should absolutely refrigerate red wine after opening it. Doing so doesn’t ruin it; in fact, it’s a good way to avoid ruining it. The flavor will change over time, but this change is inevitable once a bottle of wine has been opened. Make sure to seal the wine either in its original bottle or another container, and try to drink it within the next few days. Some wines can still be enjoyed a week later, especially if they’re high in alcohol, but in general, it’s best to consume opened red wine as soon as possible.