Why Does My Red Wine Taste Salty? Should I Be Concerned?

Red wines are not typically known for having salty flavors. Still, certain vintages catch some of the saltiness from the surrounding oceans.

For instance, Australian labels are known to have five times the chloride (an element found in table salt) than in similar vintages worldwide. In most cases, the vines drink from the salty rivers of the Bidgee or the Murray.

While most European and American vines sip on mountain stream water and snowmelt runoff.

Why does wine sometimes taste Salty?

To answer this, a complicated question, or at least more than one would think, we must consider certain things. But, first, we must think about how wine and human taste buds respond.

Salinity increases the tongue’s sensitivity to the sweetness but decreases the perception of citrus or Acidity. Sweetness in a bottle of wine will reduce the taste buds’ ability to pick up salinity or Acidity. Acidity allows for a better sense of salty and sweetness when tasting wine. 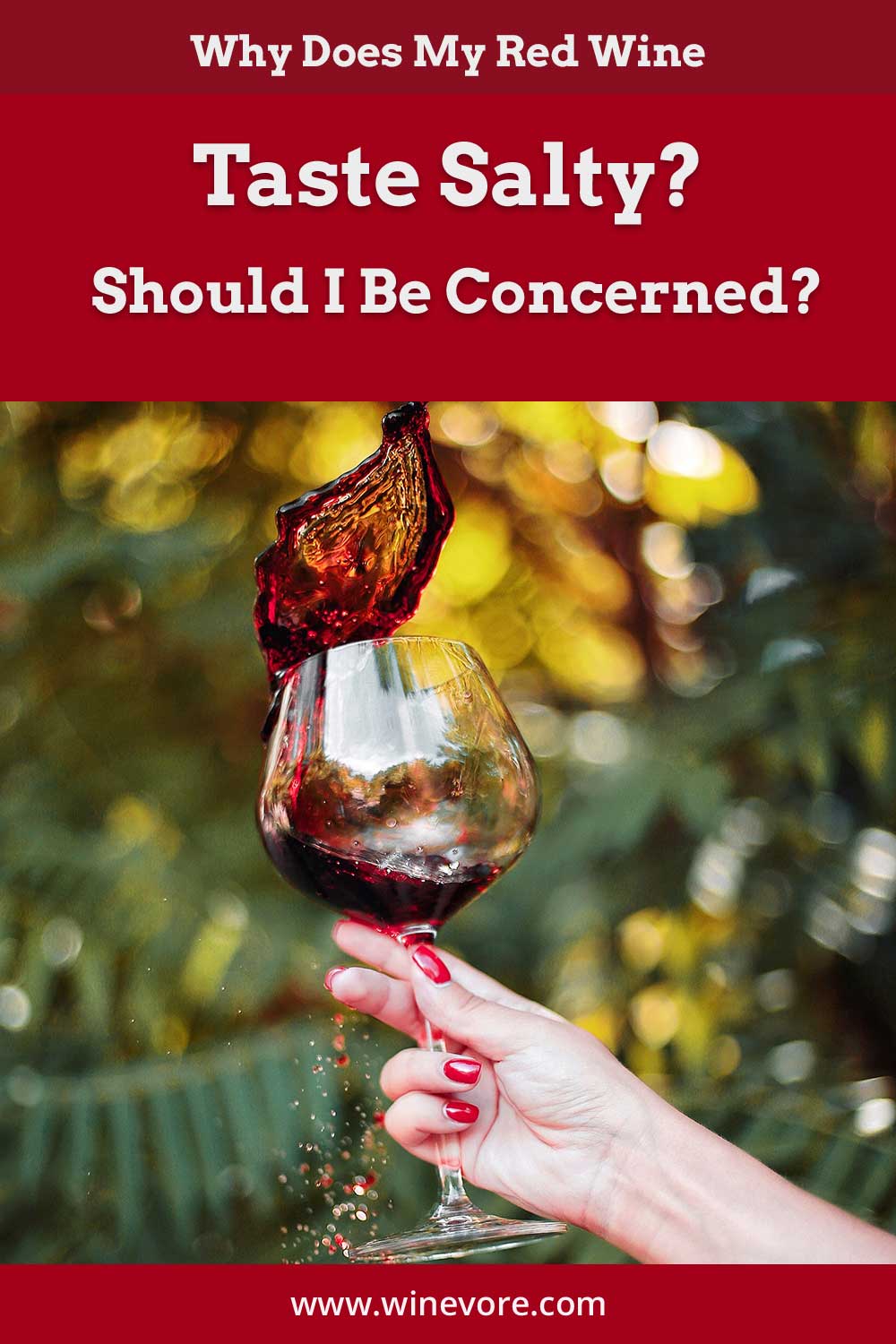 This question depends on the consumer of the wine. Salty red wines are not a familiar place, but white wines are known to have a higher concentration of salinity in their vintages. A famous region known for creating “salty” vintages is the northwest region of Spain.

Here the Rías Baixas, the weather comes off the Atlantic currents where the rain provides the soil with chloride and other sea salts. As a result, wines from Val do Salnés have ‘exceptionally high levels of chloride, sodium, and potassium.

The indigenous yeast also forms on the top of aged sherry wines.

They call this Flor, which only occurs naturally within microclimates in the south of Spain. It helps the wine age by oxidizing, which lends to the “salty pop” of the coastal country.

How can you make wine less salty?

From the winemaker’s point of view, this means moving into cooler climates. The vineyard should consider moving up elevation to take advantage of the mountain’s naturally colder weather.

Find a geographical location away from the oceans and other parts of the world known to have naturally high salty mineral deposits.

Which is Saltier: Red or White wines?

The region of the world becomes an x-factor in how the overall palate of the wine will come out. Areas closer to the seas, oceans, and naturally salted regions of the world will have vines that will soak up that minerally flavor.

Classic Assyrtiko, Santorini, Greece – the volcanic soil lends to the savory saline of this wine. The grape grows low to the ground because of the winds that wipe from the Mediterranean Sea.

La Clape AOC, Languedoc, France – the soil gets its sodium levels from moisture in the rain, typically forming off the Pyrenees mountains, from the Mediterranean Sea. The wine is said to have citrus fruit and floral bouquet within a nutty, sweet, and savory flavor palate.

Manzanilla, Sanlúcar de Barrameda, Spain – Waters from the Atlantic help the local winemakers produce a light, crisp wine with a pinch of saltiness. The native yeast, Flor, is deployed in the complex blending system, which helps prevent oxidation.

Saltiness is a relatively new taste concept when referring to the flavor of a wine. This savory salty flavor is caused naturally by local bodies of water and salt flats.