What Is Similar About Pinot Grigio and Cabernet Sauvignon?

It’s important not to confuse Cabernet Sauvignon with Sauvignon Blanc. The former is a red wine and has fewer similarities to Pinot Grigio than Sauvignon Blanc, a white wine. 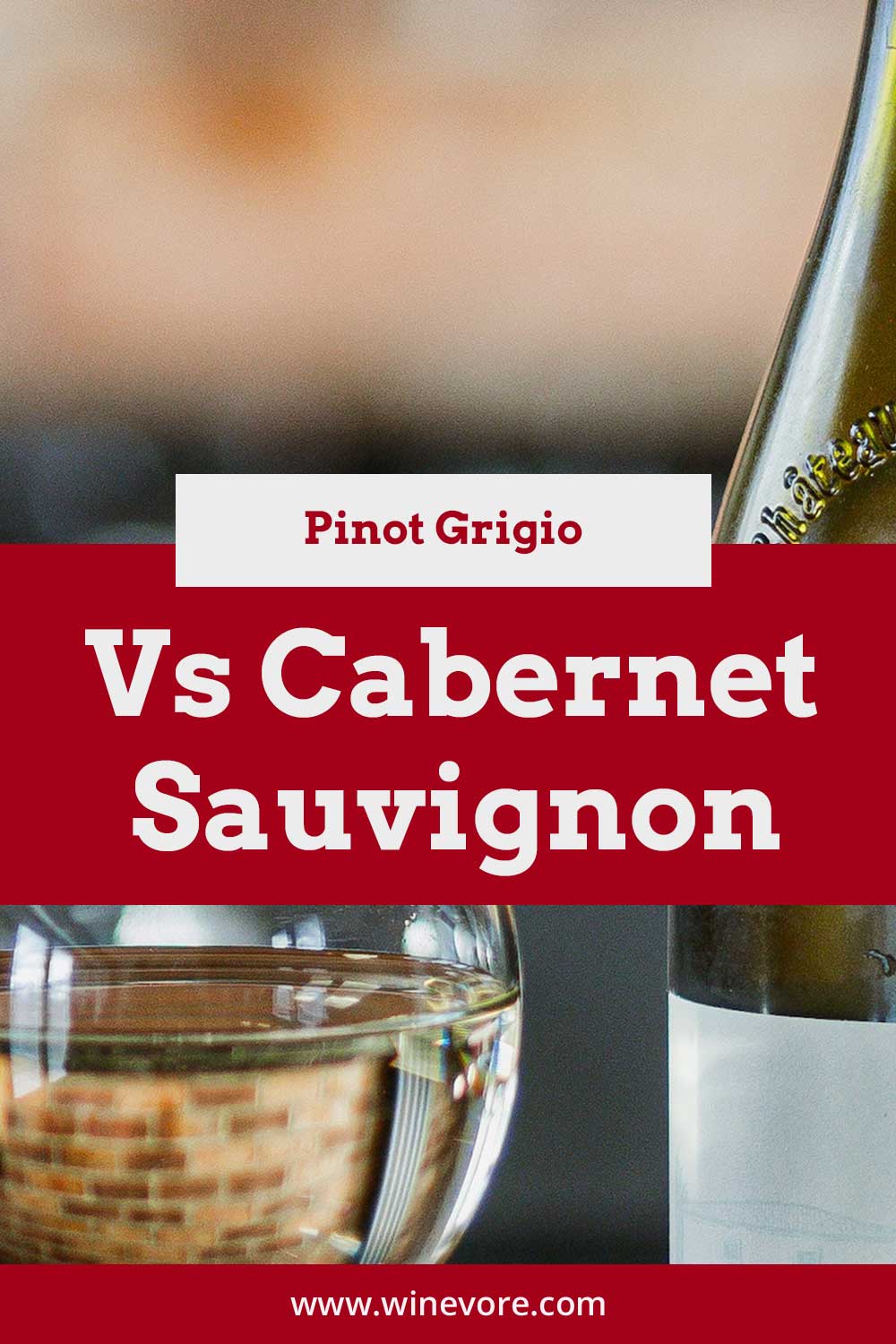 What Is The Difference Between Pinot Grigio Vs. Cabernet Sauvignon?

Pinot Grigio is a white grape variety of wine believed to be a mutant clone of Pinot Noir. Due to the 2014 invasion and 2022 war in Ukraine, the region is understandably producing Pinot Grigio at a much lower rate. Italy, France, Germany, and the United States are still major producers, so there was never fear of a worldwide shortage. But there is a loss of culture when a country can no longer make a product that is always unique to a region.

Cabernet Sauvignon is a red wine, so that’s a major difference between the two. Red wines are generally bolder, arguably more complex, and may have health benefits not found in white wine. The grapes for this wine are largely grown in California, Australia, and France. It has a notable green pepper flavor, and while this may be unpleasant for some people, it’s not the wine’s fault. Sometimes wineries aim to enhance this flavor. However, even if they don’t, the human palette is incredibly perceptive to the enzyme that creates this flavor, and it’s almost always detectable.

Neither Pinot Grigio nor Cabernet Sauvignon would ever be described as sweet, but Pinot Grigio will generally taste a bit sweeter. In wines with more tannins, the taste can seem drier than it really is. Overall, however, there isn’t a large difference between the two. And if the sweetness of the wine is important, you’re better off with Moscato or Shiraz.

How Do I Choose Between Pinot Grigio and Cabernet Sauvignon?

The biggest difference between the two is simply red versus white. Many people have a strong preference for one over the other, so this is a good tie-breaker. If you have no preference between red and white wines, you can consider whether you prefer a fruity wine like Pinot Grigio or an earthy one like Cabernet Sauvignon. The latter can also have significantly more alcohol.

Pinot Grigio and Cabernet Sauvignon are white and red wines, respectfully. And they have distinct differences with few similarities. Pinot Grigio is a safer bet if you’re new to wine, just because it has more traditional flavors. Some wines, like Cabernet Sauvignon, have odd flavors that aren’t a mistake but are actually valued, but they aren’t for everyone’s palate.