Is It Ok To Drink Old Wine?

In most cases, it’s safe to drink old wine. Opened wine that’s been left to sit has likely lost some of its flavors and maybe even taken up new, not-so-pleasant ones. But the ingredients in wine can’t turn into something that’ll lead to food poisoning or illness. Residual yeast and sugar can start the fermentation process again, which is harmless.

Can You Get Sick From Drinking Old Opened Wine?

It’s almost impossible to get sick from drinking old opened wine, but if we make some wild assumptions, there’s a non-zero chance. Wine has a type of bacteria called acetobacter, and its job is to turn alcohol into acetic acid. Acetic acid is essentially undiluted vinegar. Vinegar is about 5 to 8 percent acetic acid, and the rest is water. If this bacteria has gone to work on your wine, it might be harmful to people who are sensitive to acidic foods. For example, someone who has stomach ulcers or someone who recently had gastric bypass surgery may have trouble with this. 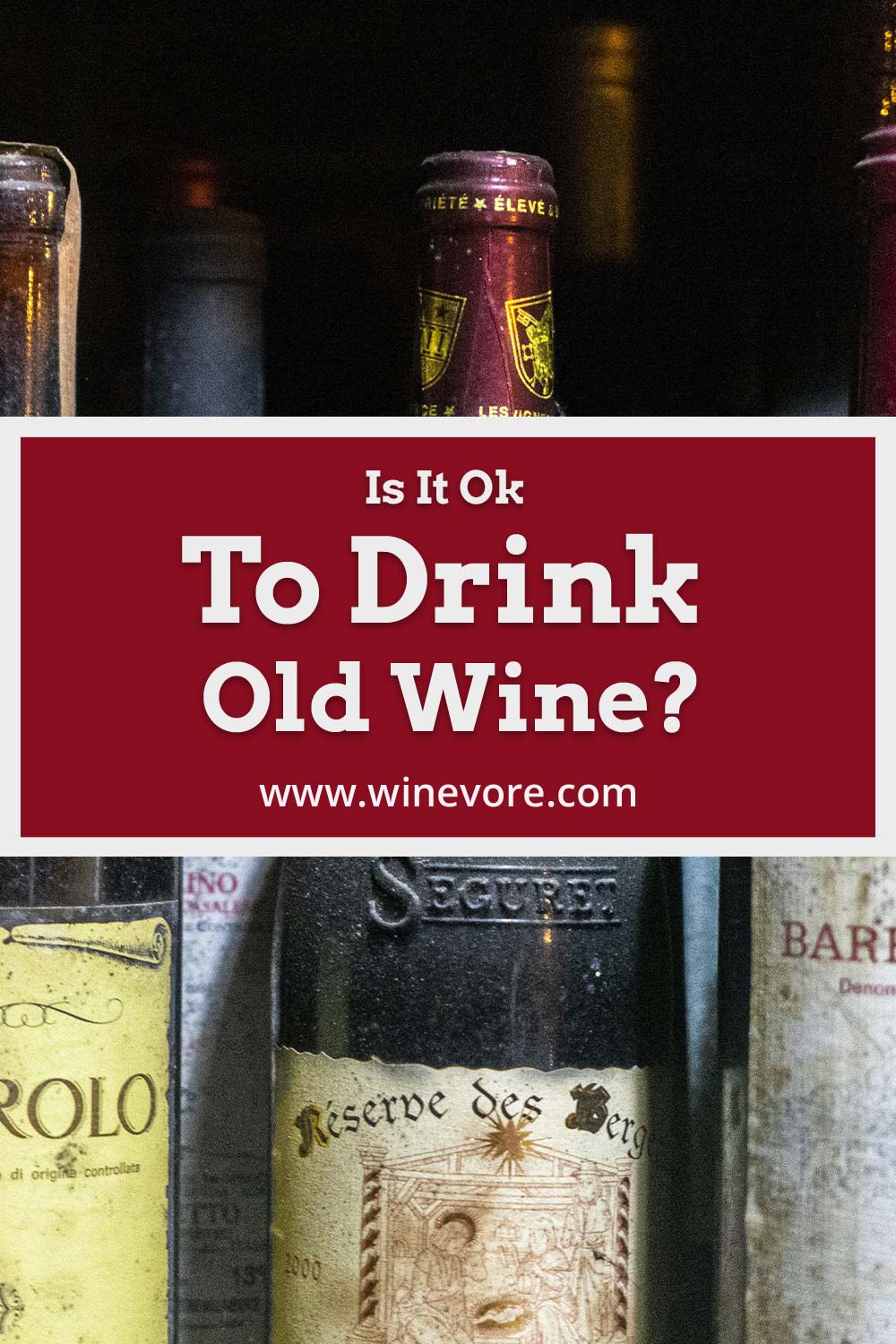 This is quite the reach, however, and assumes you’re OK drinking wine that’s turned into vinegar. It’s also aggravation of a condition, not a new illness. Either way, bacteria need oxygen to work their magic, so an unopened bottle can be stored for decades with little concern. Sealing a previously opened bottle helps slow this process.

Drinking old wine is the equivalent of eating an avocado that’s starting to brown. It’s harmless, and no one prefers a brown avocado. But food is different because it likely doesn’t have alcohol, a preservative. Depending on the food, it might also have an abundance of sugar or moisture, the perfect environment for mold. Some molds are pretty harmless, and others can kill people under the right circumstances. These aren’t problems with wine, which has alcohol and only trace amounts of sugar.

Meat is a little different because the microorganisms can be killed with heat, but they leave behind toxins that cause food poisoning. Old veggies lack these kinds of microorganisms, and they can’t cause food poisoning unless e-coli, salmonella, or listeria are introduced at some point. Still, it’s much safer to drink old wine than try to guess what bacteria your old food is growing.

Can You Get Food Poisoning From Old Red Wine?

Food poisoning from old red wine likely isn’t possible unless a harmful bacteria is introduced that can still thrive despite the alcohol content and acidity. In fact, there’s a study that suggests drinking red wine with a meal can help prevent food poisoning by killing the bacteria responsible. White wine doesn’t work, however.

In very rare cases, red wine can cause an allergic reaction. Some people have an allergy to a protein found in the skin of grapes and therefore can’t drink red wine without a reaction. This is still a far cry from food poisoning with vastly different symptoms.

It’s OK to drink old wine. Only in very rare circumstances does it have the potential to be harmful, and even some of those circumstances are unrealistic. If your wine still smells and tastes OK, there’s nothing wrong with drinking it. If it’s been sitting for weeks or months after opening, it might be a little vinegary and unpleasant to drink, but we’re not here to judge you.