How Can You Tell if Chardonnay Has Gone Bad?

Color, smell, and taste are ways to tell if Chardonnay has gone bad. Spoiled, stale, or otherwise bad white wine darkens in color, has a musty or sour taste, and might have bubbles despite being a still wine. In general, bad Chardonnay isn’t harmful, just unpleasant to drink. But how bad the taste is depends on how off the wine has gone.

Sometimes spoiled Chardonnay tastes somewhat sour or like vinegar, but it can also taste moldy or like cardboard. It depends on how long the wine has sat while going bad, in addition to the conditions it was stored. An unopened bottle of Chardonnay that’s sat on the counter for a week will taste quite different from a bottle that’s been “corked.” Corked, also known as cork taint, occurs when a certain bacteria reacts with the wine and changes its flavor. Some people don’t notice cork taint, especially if it’s slight and they’re unfamiliar with the kind of wine they’re drinking.

In general, wine that’s left open too long will go sour, and wine that’s corked will taste like cardboard. 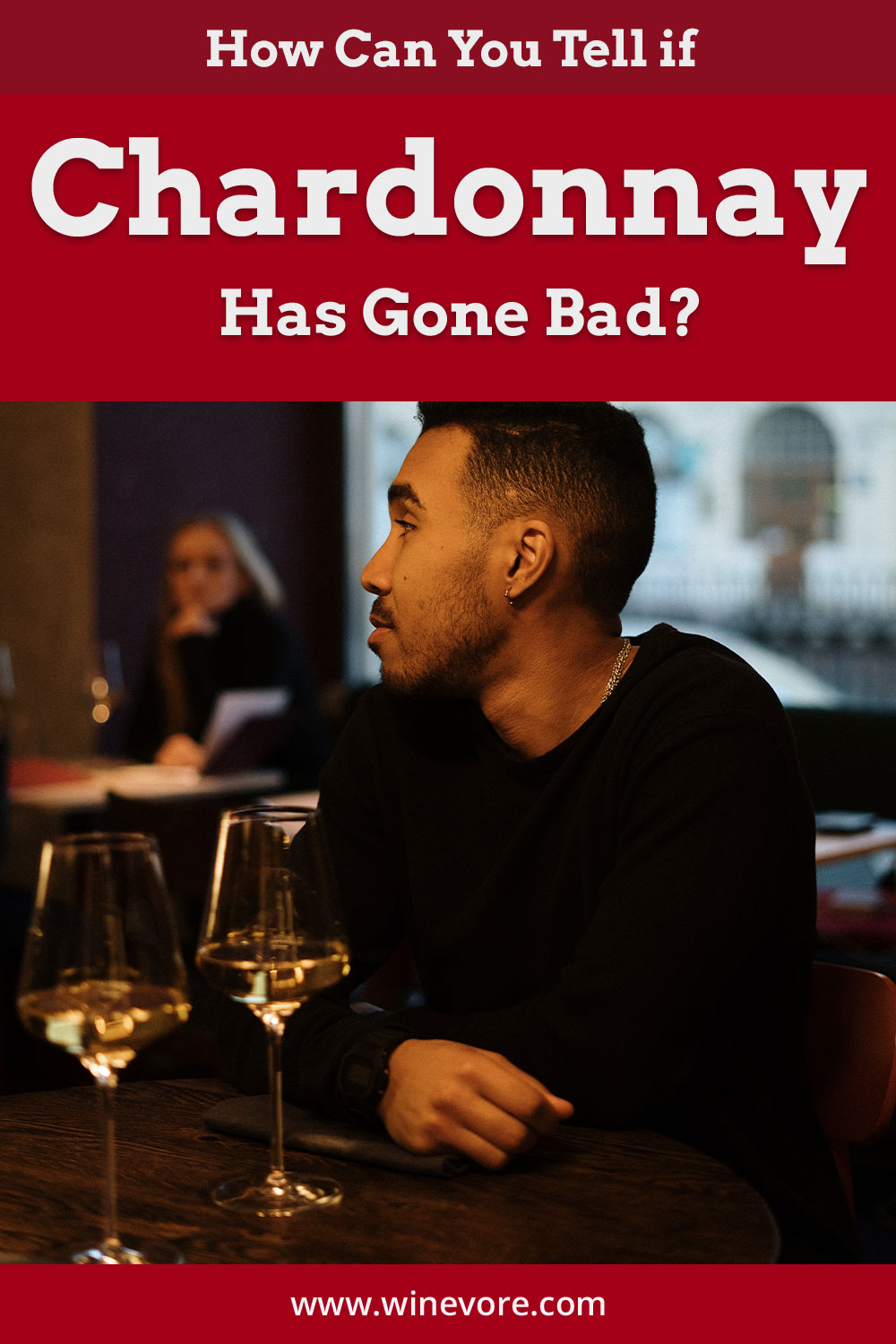 Bad Chardonnay might smell similar to vinegar or musty. Some people also describe the musty smell as a wet dog or damp basement. Any noticeable change in smell is cause for concern because the taste will also be affected. If you don’t know how the Chardonnay should smell, pour it into a glass and look at the color. Chardonnay ranges from very pale yellow to gold in color. A Chardonnay that’s considerably darker than before, or outright brown, has been exposed to oxygen for an extended period of time. While oxygen is a must-have for you and me, it’s not good for wine white, and red wine only needs the tiniest amount of oxygen.

Another tell-tale sign of bad Chardonnay is a still wine that’s started bubbling or a sparkling wine that has no bubbles at all. When trying to determine if a white wine has gone bad, the question to ask is, “Is this what it looked like when I bought it?” The only change that doesn’t necessarily mean the wine has gone bad is the development of sediment or wine crystals. The former occurs naturally as wine ages, and the latter is the result of cold temperatures.

Can Old Chardonnay Make You Sick?

Old Chardonnay won’t make anyone sick. You might hear the occasional story about wine poisoning people. However, commercial wine in first-world countries is perfectly safe to consume long after it’s no longer enjoyable. These stories are almost always the result of amateur winemakers adding methanol to increase the wine’s alcohol content. Less than one ounce of methanol can be lethal to grown adults without medical treatment. Only ethanol–which is naturally produced by adding yeast to fruit–is reasonably safe to consume.

Unless you’ve purchased the Chardonnay in Cambodia from a questionable source looking to increase their profits, it’s okay to drink no matter its age.

It’s relatively easy to tell if a Chardonnay has gone bad by its smell, appearance, and taste. A good rule of thumb is that if your wine seems different in a bad way from when you first opened it, it’s probably going off. For unopened bottles, any leak around the cork will lead to the Chardonnay going bad. But cork taint can change the flavor without anyone ever opening the bottle. But none of these issues are harmful to your body, so give it a taste.