Does Putting Red Wine In The Fridge Ruin It

Putting red wine in the fridge doesn’t ruin it. Red wine can taste even better once its temperature reaches an ideal range, which depends on the kind of red wine. If the bottle is already open, placing it in the fridge is preferable to leaving it on the counter. The refrigerator isn’t the best place for long-term storage, however.

Will Chilling Red Wine Ruin It?

You should chill all wines, so doing so certainly won’t ruin it. Serve red wine a little colder than room temperature, about 62 to 68 degrees. There is nothing wrong with enjoying wines at room temperature, but chilling it makes the alcohol less apparent. Toning down the taste of alcohol allows other flavors to take the spotlight. Lowering the temperature also makes the beverage seem more refreshing. 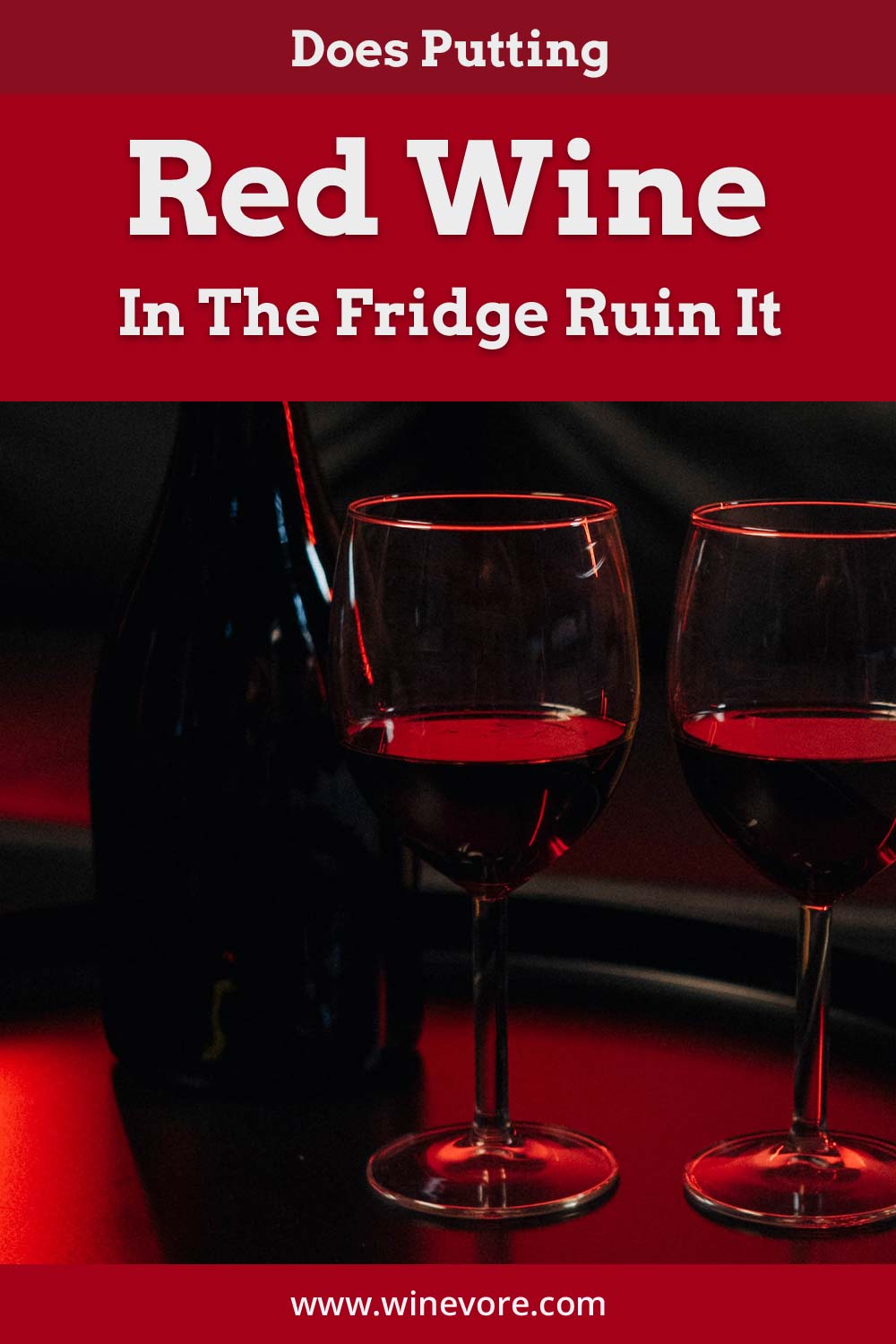 That said, while room temperature red wine is acceptable, warm red wine might be noticeably different from chilled wine. It’s easy to serve wine warmer than usual during the summer accidentally. A bucket of ice can solve this problem even if you’re on the patio.

Is It Okay To Put Red Wine In The Fridge At All?

The fridge is a great place to put red wine before dinner. Just keep in mind that it doesn’t need hours to reach a temperature in the 60s. Your fridge is 40 degrees or lower, so the wine usually doesn’t need more than an hour.

Long-term storage in the fridge isn’t good for the wine. Wine can change flavor in long-term temperatures below 40 degrees and even short-term temperatures above 80 degrees. In addition, movement isn’t good for it, so the frequent micro-vibrations agitate the wine and might ruin it over time. However, noticeable changes in the wine won’t happen in fewer than six months.

Is It Wrong To Keep Red Wine In The Fridge For An Extended Period?

Storing unopened wine in the fridge for years is bad for it. Consider buying a small wine fridge or just putting it somewhere cold and dark, like the basement or cellar. The goal is to leave it undisturbed, away from sunlight, and somewhere with more frigid temperatures that don’t fluctuate much. If you’re only storing the wine for a few months, it’s likely fine in the fridge.

Try not to store opened bottles of red wine for long periods at all. Wine deteriorates much faster after opening and replacing the cork only buys so much time. This still happens, even with gadgets specifically designed to remove air from the bottle.

There’s nothing “wrong” with putting red wine in the fridge, and it definitely won’t ruin it. Red wine is best when it has a slight chill. Sometimes there are better places to store it long-term. Aging red wine in the fridge is not ideal for several reasons, including the temperature being too low and the fridge having too much movement. But anything fewer than six months falls under personal preference.