Do European Wines Have Less Sulfites?

Do European wines have less sulfites?

European wines contain the same sulfite levels as American wines. However, everyone has a different reaction to drinking alcohol. When it comes to wine, natural sulfites are produced during the fermentation process of the wine.

You cannot escape these sulfites. It happens completely naturally. However, there are also added sulfites that are purely there to assist in the preservation of the wine. Sulfites also protect our wines from unwanted bacteria and yeasts. 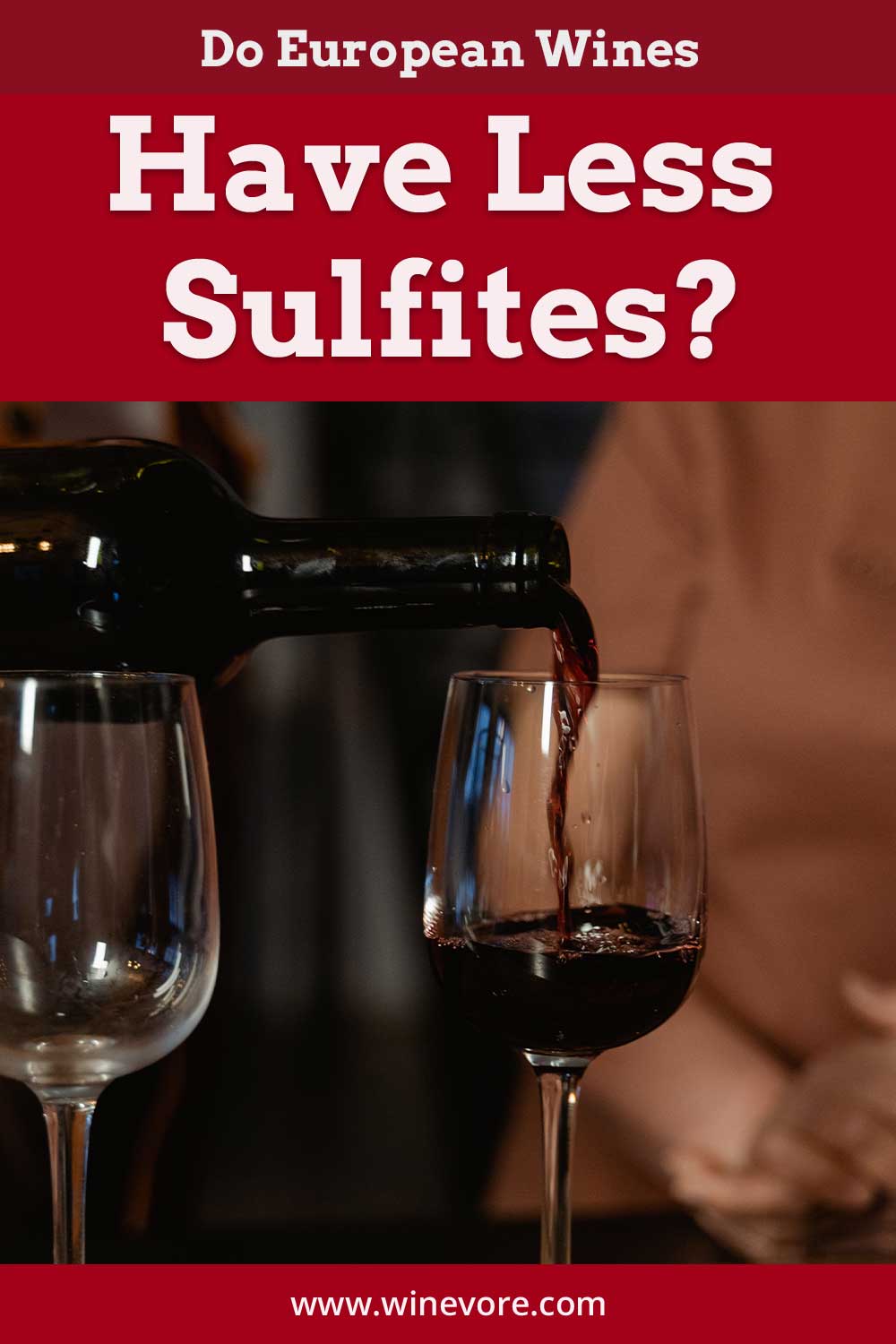 Does Italian wine have less sulfites?

Italian wines carry the same average amount as any other wine from anywhere else in the world. However, it is important to note that any white wine will carry more sulfite than your average red wine. Wines that have low acid content require more sulfites to assist in preservation.

If you want to find an Italian wine with fewer sulfites, consuming red wine over white wine is recommended. Conditionally, and smells of sulfur in the wines can be diluted by chilling your wine. This will bring out not only aromas but flavors in your wine.

Are French wines lower in sulfites?

French red wines contain an average of 60 mg/L of sulfur dioxide, while French white wines carry around 90 mg/L. However, some French wines carry the possibility of containing low amounts of sulfite. Individuals who craft wine in France always attempt to use minimal amounts of added sulfites in the preservation process.

This is due to their location. Many regions of France tend to see more sun and heat, which ultimately assists in the development of antioxidants in the outermost layer of the grapes. This will assist in a more natural preservation of the wine, where added sulfites aren’t entirely necessary.

Does wine in Spain have sulfites?

Wine in Spain does indeed contain sulfates. However, it’s important to note that most high-quality Spanish wines are organic. Therefore, organic wines will tend to carry lower amounts of sulfite. This is because winemakers will not contribute added sulfites to their craft.

Organic grapes used to produce organic wines have low levels of sulfite. These beverages also have zero to very minimal chemicals added to them. However, it’s also important to note that commercial or ‘non-organic’ wines contain added sulfites. They also contain many other chemicals to increase preservation or ‘shelf life.’

Does European red wine have sulfites?

European red wines do indeed contain sulfites. Yet, if you are in search of wine with a minimal amount of sulfites, red wine, in general, will be the ultimate choice. This is because red wines, in general, contain fewer added sulfites.

Also, any organic red wines will have an added sulfite level that stands below average or contains no added sulfite. According to research, red, organic wines originating from or in France’s regions will most likely have the lowest amounts of added sulfites. This is ultimately due to many factors, including location, type of wine, and the unique creation process of the wine.

Does European white wine have sulfites?

European white wines will also contain sulfites (which you can never escape when it comes to wine). They will contain significantly higher amounts than our average red wine. Therefore, if you are in search of white wine with lower sulfite levels, you will want to look for an organic white wine produced in France.

As stated before, organic wines have significantly lower to indeed no amounts of added sulfites, though red wine will be a better option. Organic white wines, in general, will contain lower amounts of sulfites than your average American commercial (non-organic) white wines.