Chardonnay Food Pairing: Learn How to Pair Like Seasoned Chef

So you’re interested in what you can pair your Chardonnay with, but what does wine pairing mean? Thanks to artisans and chefs, the practice itself has evolved over the years. The whole point of the wine pairing idea is simply curated for one reason and one reason only. Pairing your wine with the right types of food can assist in defining the flavors of the meal.

Some wines will help do this for specific dishes more than others. It’s up to you and any culinary chef out there to uncover the right combinations for an exquisite dining experience. 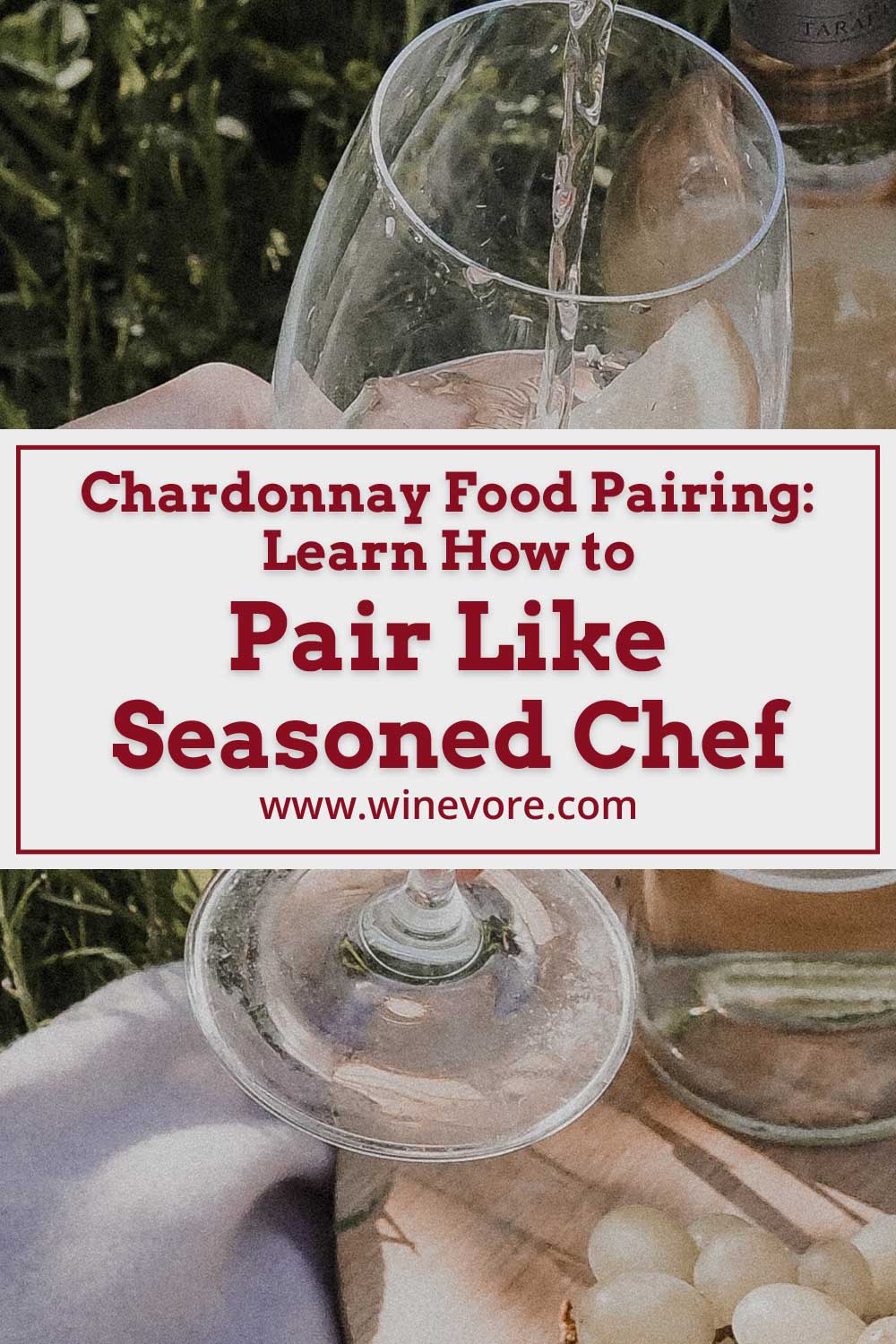 Looking for the perfect food to pair with Chardonnay?

Chardonnay is a white wine, there are endless possibilities of dishes that pair well with white wines, and here we are to uncover them. There are recommended traditional dishes to follow that are staples in pairing with white wines like Chardonnay.

The combination, however, is determining the notes of the white wine of your choice and configuring what those notes would pair well with and define in the desired cuisine. This practice remains the same when deciding what wine you can use for cooking to help define the tastes in your meals.

What snack goes with Chardonnay?

Chardonnay specifically pairs well with snacks or appetizers that have been cooked. This includes but is not limited to foods like pumpkin, new American style flatbreads, and basically anything with ricotta and caramelized onion.

Other more simple snacks that pair with white wine, in general, include popcorn, chips and mild salsa, fruit trays, cupcakes, and hummus. It’s safe to say that whatever snacks you try, you always have a choice between healthy and unhealthy choices.

What meat pairs with Chardonnay?

If you’re in search of meat that is perfectly paired with Chardonnay, we hope you’re a seafood person. The most recommended meats to pair with this wine are ish with lots of meat content like:

Also, shellfish pair nicely such as:

These are popular proteins to pair with Chardonnay.

Aim for these meats that can be cooked into a toasty or smoked flavor. Note that the majority of white wines, in general, will not pair well with any kind of red meats, but some might argue that Chardonnay is the only exception to this custom.

Does Chardonnay go with steak?

An old tale goes something along the lines of a rule that one who eats red meat must pair that with red wine. It’s hard to find a white wine that will pair with red meat like steak, but Chardonnay is a favored exception. Oakes Chardonnay specifically pairs well with a steak and a medium-bodied white Burgundy.

Many strict wine enthusiasts will argue that pairing white wine with red meat is unacceptable, but a new generation will create a new rule. Again, this is purely to try what you want with whatever you want. If you like it, that’s all that matters – but if you’re trying to impress, stick to red & red, and white with white.

Does Chardonnay go with ham?

Ham is a delicacy for some. Depending on how it’s prepared, ham can carry notes of sweetness and salty, which pairs really well with wines like Riesling, Sauvignon Blanc, and our beloved Chardonnay.

To step up the ham and Chardonnay game, prepare your ham smoked or baked to really intensify those flavors. For dessert, finish off the Chardonnay with a vanilla shortbread or cheesecake. Other deserts that would fit great include dishes like pumpkin pie, crème brûlée, or even a basic vanilla pudding.

Does Chardonnay go with spicy foods?

Pairing spicy food with Chardonnay is surely up for debate. It’s not recommended to pair Chardonnay with intensely seasoned food. It’s better to avoid pairing it with Indian, Chinese, or Southeastern Asian dishes.

Avoid aggressively spicy dishes with Chardonnay, for fresh or dried chilies will be a decision you’ll instantly regret. It’s best to stick to any mild, butter, or heavy cream-based dishes.

Best foods to pair with Chardonnay

As we said before, there are a few traditional dishes that pair best with Chardonnay:

Aside from specific dishes, there’s a combination of flavors that you could experiment with that are great pairings with Chardonnay:

Foods to avoid pairing with Chardonnay?

Don’t take this the wrong way. We can’t tell you how to live your life – but there is a list of Chardonnay’s forbidden food pairs:

When pairing with Chardonnay, most dishes that you can’t go wrong with are basically any heavy cream-based dishes. Such as white pasta, stews, and seafood with a creamy sauce. Those are all in the safe zone when pairing. There are also a variety of snacks that are good to pair with the white wine, such as popcorn, hummus, fruit & veggie trays, or even mini cupcakes.

When looking to pair Chardonnay with meats, it’s good to remember the rule of wine enthusiasts. Red wines with red meats and white wines with white meats. However, Chardonnay seems to be an exception to this rule. Leaving you with endless possibilities for experimentation.

Avoid spicy foods and bitter greens. Likewise, any foods with high acidity content, such as tomatoes, should avoid being paired with Chardonnay. However, traditional dishes such as grilled seafood, turkey, or shellfish with butter are perfect pairs for Chardonnay.